The Acacia Ridge Open Level Crossing (OLC) Upgrade Project involved the design and construction of a grade separation of the open level rail crossing on Beaudesert Road, Acacia Ridge, as well as the southern extension of the existing Queensland Rail (QR) goods yard. 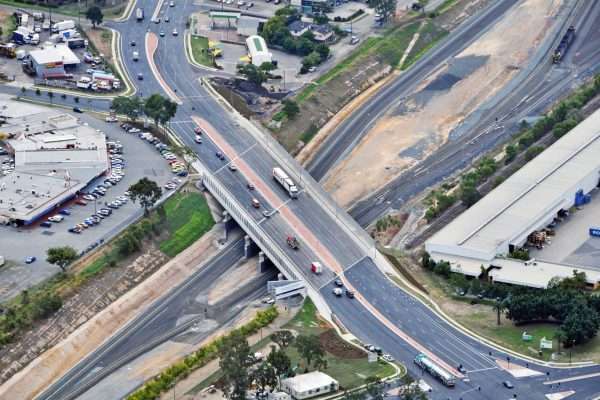 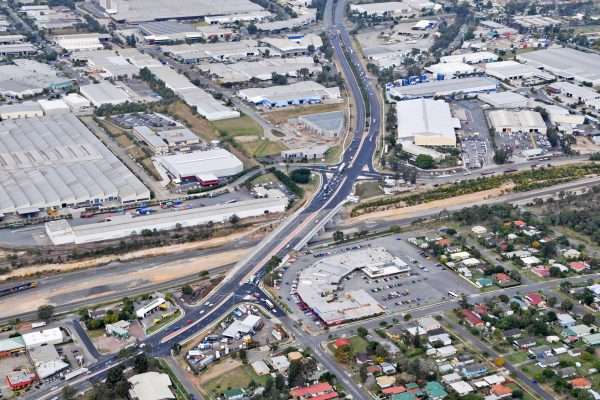 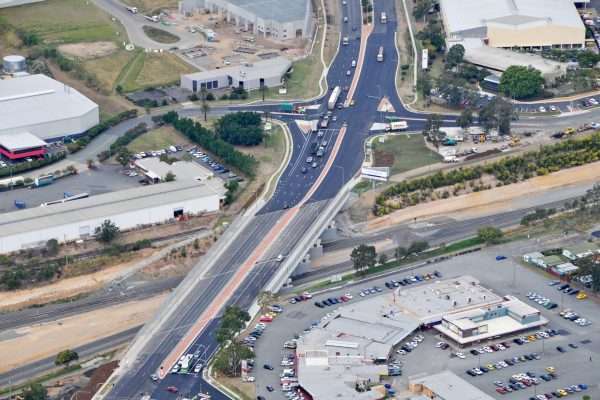 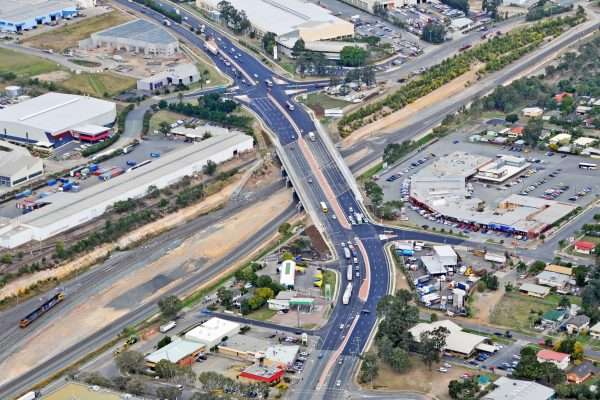 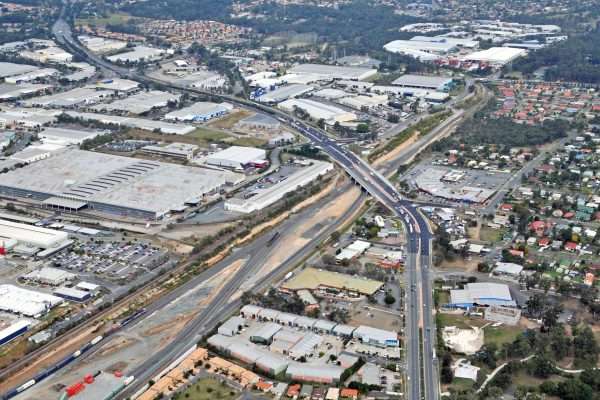 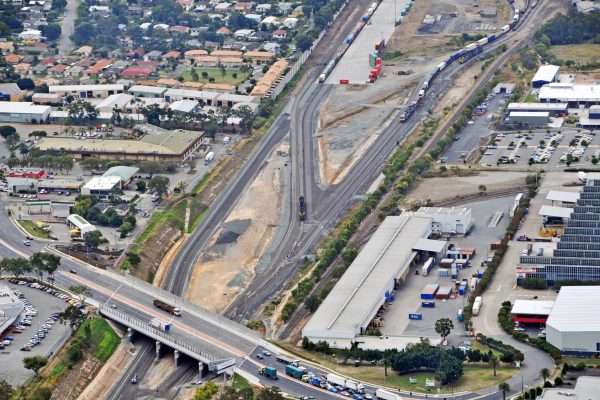 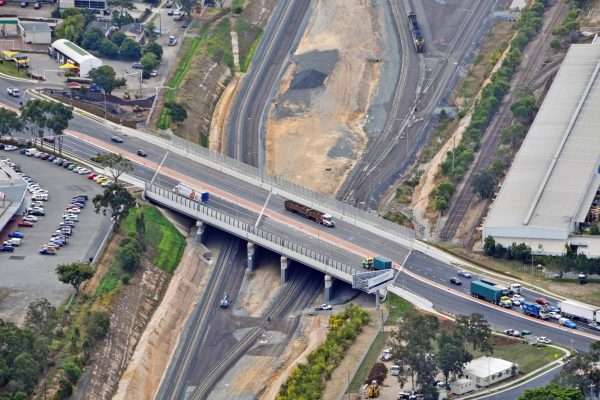 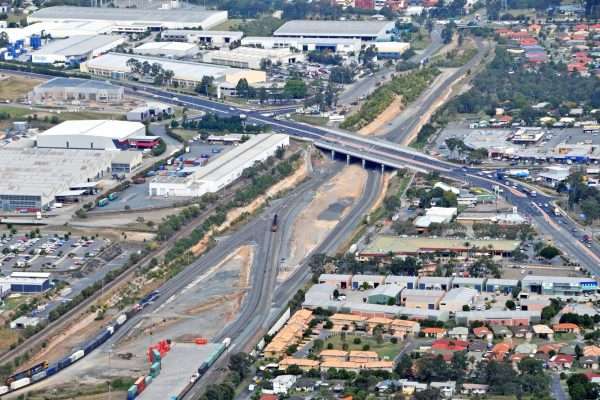 Approximately 1,000,000m3 of fill was then excavated underneath the new bridge and moved off site in order to lower the rail line into the excavation, some 7 metres below its original level. This construction occurred while road traffic continued to flow unimpeded along Beaudesert Road and without impact to the train movements on the Brisbane to Sydney rail line.

Several initiatives were undertaken by the team to ensure the continual safe operation of the railway and traffic movements. Firstly, the project was constructed using a top-down staged construction. This allowed the railway to continue operating on its existing line while building a new line adjacent to it. The trains were then shifted to the new line and works continued in the next stage. Secondly, the new bridges were constructed in two halves to maintain full traffic movements at all times.

Of particular significance was the effective interface between the project team and QR, including working alongside QR for 48 hours straight to remove the track, disconnect and reconnect the tele-communications systems at both ends of the track deviation, and transfer the Brisbane-Sydney line to the new line, 7m below Beaudesert Road. Occurring without incident and in full compliance with all TMR and QR safety requirements, this was recognised by TMR and QR as a significant project achievement.

In another initiative to improve project outcomes and add value, the team identified a significant innovation (used previously on the Bielby Centenary Link Alliance) to eliminate $20M in major services works from the Principal’s original design prior to finalising the Project Cost. This innovation resulted in significant cost and time savings for TMR, as well as major safety improvements and reduced community and traffic impacts for road, rail and pedestrian users throughout construction.

By working closely with TMR and QR to ensure critical traffic, rail and construction interfaces were managed effectively, the Bielby team reduced the accident frequency at major intersections within the project boundaries by implementing a dedicated focus on detailed planning of all stages of the works, and clear communication protocols with key stakeholders, community, businesses and the travelling public.

Completed on time and under budget, the Project team received high commendation from all stakeholders by delivering an improved project solution for motorists, pedestrians and cyclists, access and a strong visual presence to local businesses along Beaudesert Road, and safety / functionality enhancements by decreasing the southern climb for the trains moving south from the Acacia Ridge Rail Yard.