The Houghton Highway Duplication and Approaches Project involved the construction of a new 2.73km bridge, major new intersection works (all constructed under traffic at both ends of the bridge), and the reclamation of 20,000m2 of the highly sensitive, Bramble Bay Marine Park. 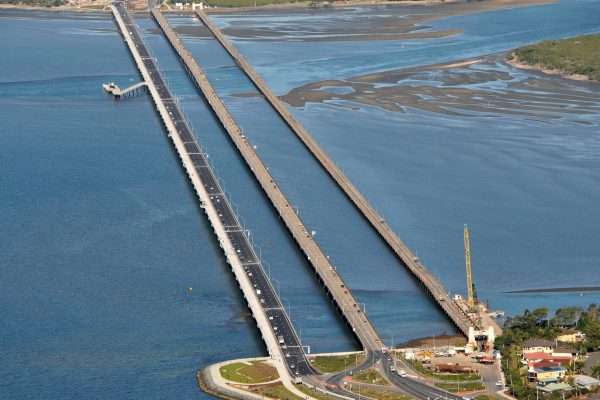 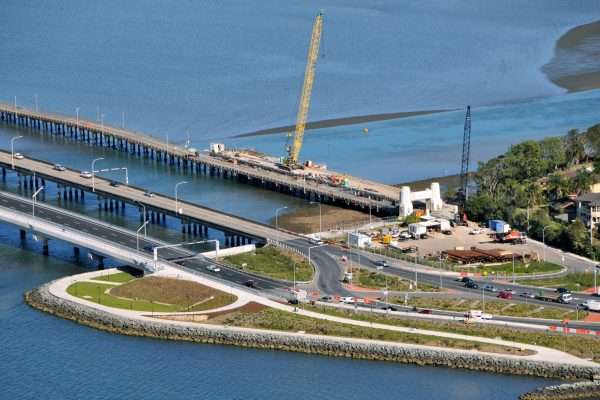 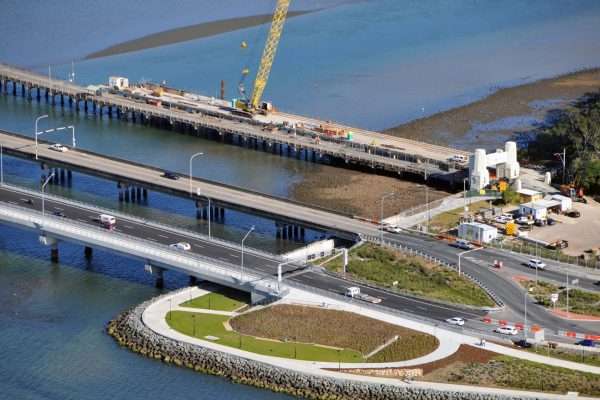 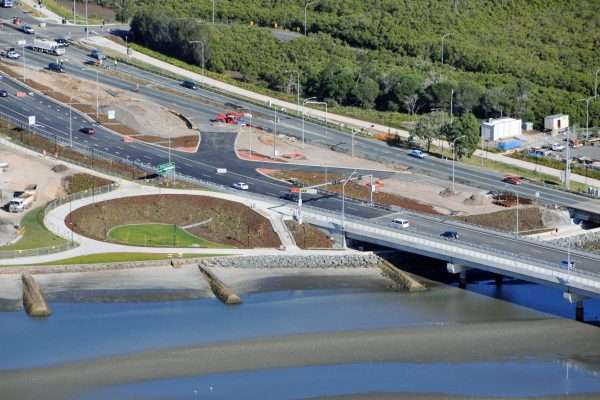 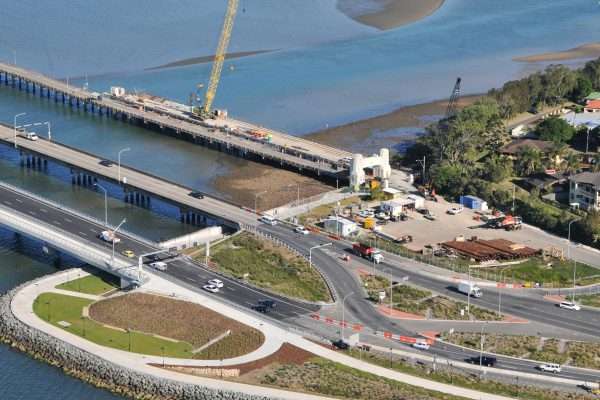 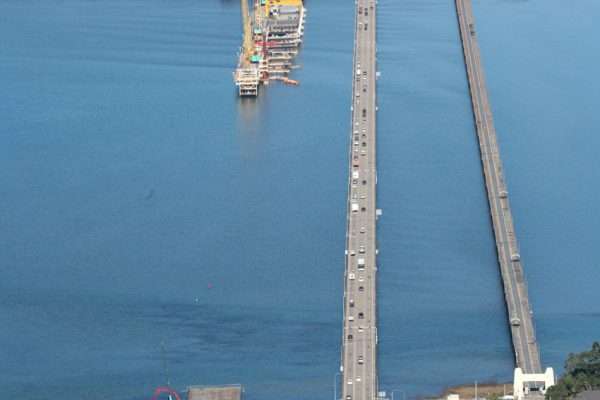 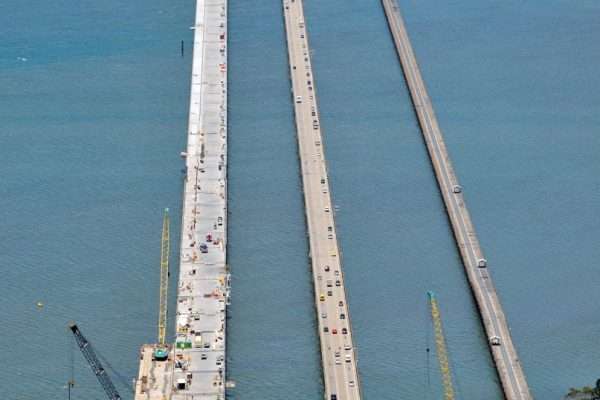 The Principal Contractor for the project was the JF Hull Holdings and Albem Operations Joint Venture, with Bielby appointed as the major earthworks subcontractor – responsible for the construction of the bridge approaches and reclamation works.

The longest bridge in Australia, and the third longest in the Southern Hemisphere at the time of completion, the new Houghton Highway Bridge (Ted Smout Bridge) consists of 78 spans, each 35m long, features three traffic lanes, a pedestrian / cycle path and a dedicated fishing platform.

Built to withstand a one-in-2000-years storm event, the project incorporated a number of innovative techniques which ensured all time, cost, programme and quality requirements were met. This was particularly evident in the construction of the bridge approaches and reclamation works, which involved major earthworks of over 200,000m3 of imported and compacted materials.

One of the key project challenges was the need to maintain high traffic flows and business access throughout construction works, which included extensive intersection works at both ends of the bridge, with the raising of the intersection level, changing traffic movements and incorporating ITS systems. Bielby undertook complex traffic staging for these works to ensure the safety of all workers and the travelling public.

Of particular interest was the traffic staging required to construct the new northern intersection between Elizabeth Avenue, Hornibrook Esplanade, Houghton Highway and Bayview Terrace.  The new intersection was constructed “on top” of the existing intersection, with places requiring up to 600mm of fill, and other places requiring removal and replacement of up to 2m of materials.  By implementing comprehensive traffic management and sequencing procedures, works were constructed while maintaining safe traffic flows of over 30,000 vehicles per day.

Further difficulty was overcome by the Bielby team at the northern intersection, which is one of only two signalised intersections in Brisbane where all the traffic signal control groups are full. Through detailed staging to maintain the large number of movements though the intersection, Bielby completed the intersection works to a high standard with no major disruptions or incidents.

Located in the Heritage Listed Bramble Bay Marine Park and sensitive RAMSAR Wetlands, the project team implemented a comprehensive environmental protection approach to minimise impacts on the highly sensitive marine environment. This included the incorporation of detailed construction management processes for both the bridge construction and reclamation works to protect a vast variety of sea life, including dugongs, turtles, indo pacific humpback dolphins, and many species of fish, sharks and other animals.

In addition, detailed planning with local indigenous tribes and the DEPH was undertaken to minimise impacts on culturally significant rock formations within the project site.

By adopting a collaborative, partnering approach on this major bridge and earthworks project, and through the development and implementation of innovative construction methodologies, all project objectives were successfully met to the full satisfaction of the client (TMR) and associated stakeholders.

Upon completion, the project received extensive community and stakeholder acclaim, and the team was further recognised by winning the 2012 Case Earth Award for Excellence.