Delivered under a Double Early Contractor Involvement (dECI) process, this project involved the design and re-construction of 3.3km of the Pacific Motorway to six lanes, with the ability to extend to eight lanes, including a major multi-level interchange at Loganlea Road and associated service roads to cater for 30% increases in traffic volume. 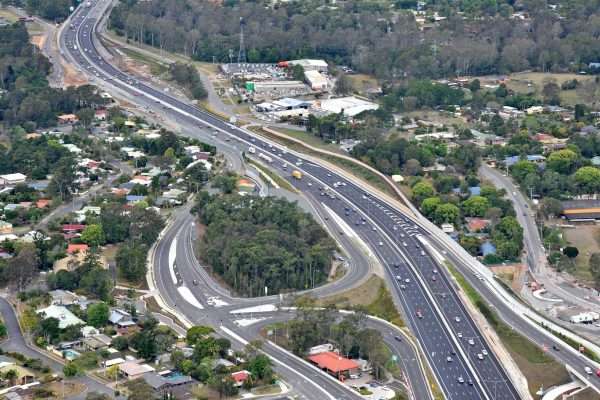 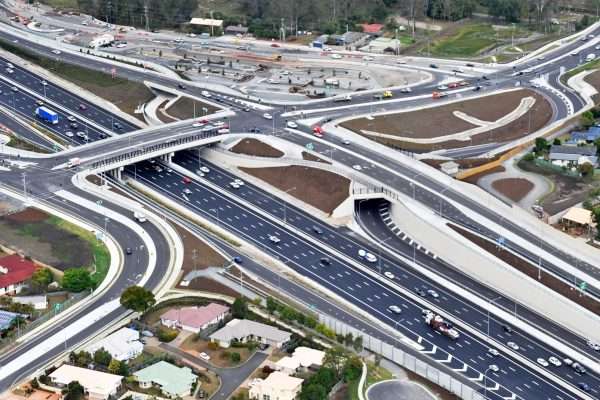 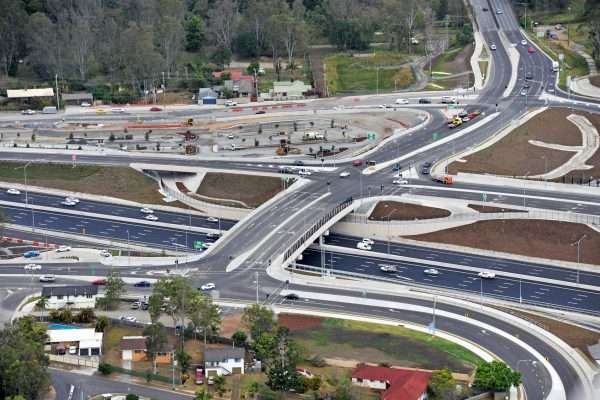 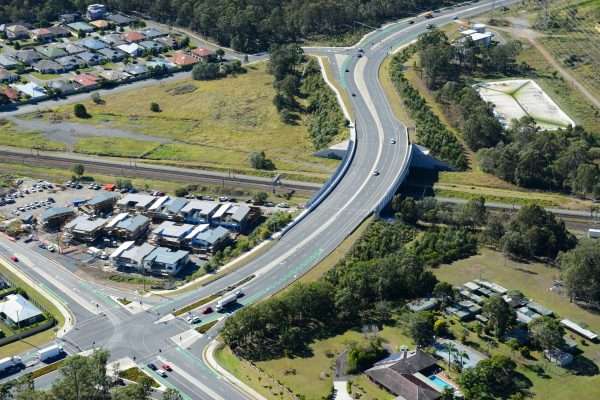 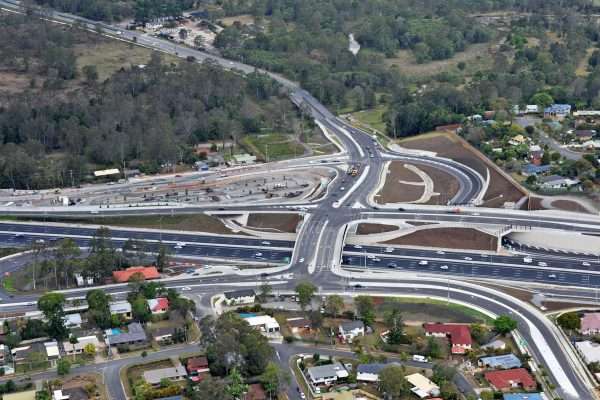 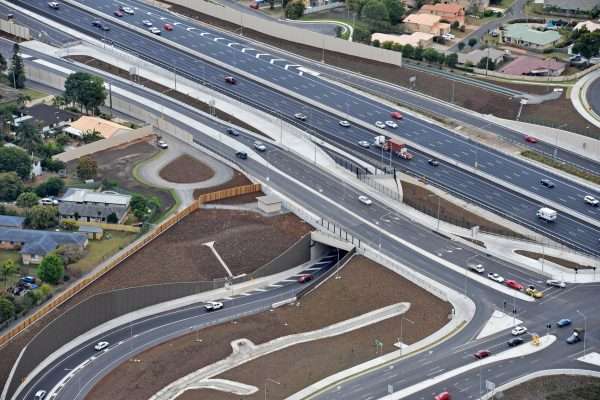 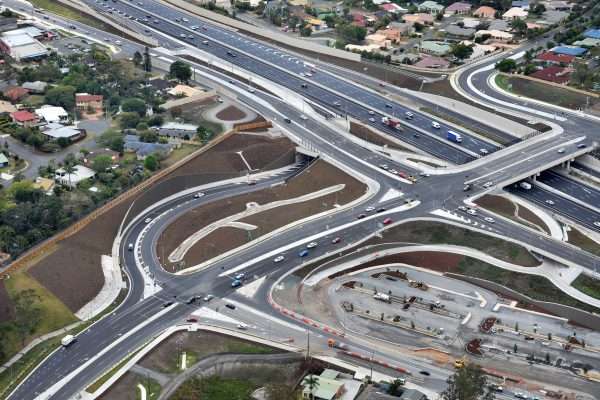 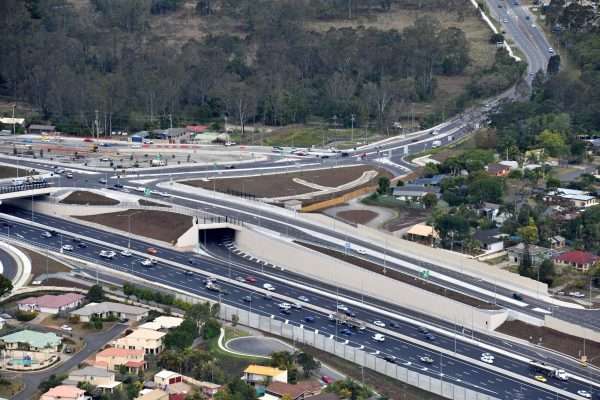 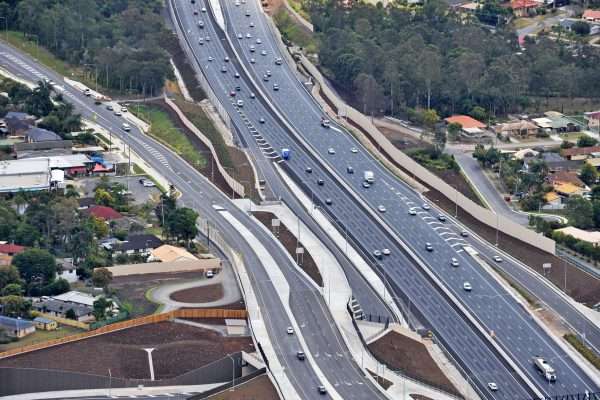 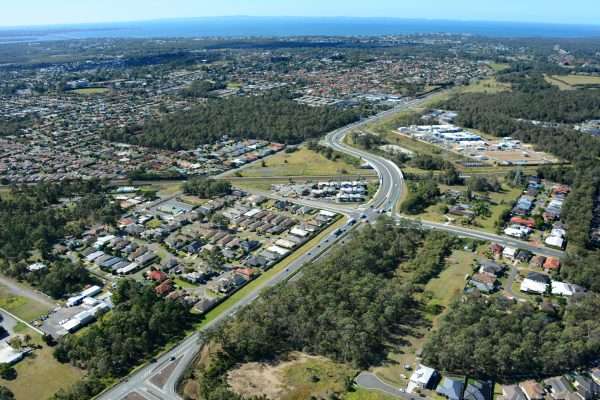 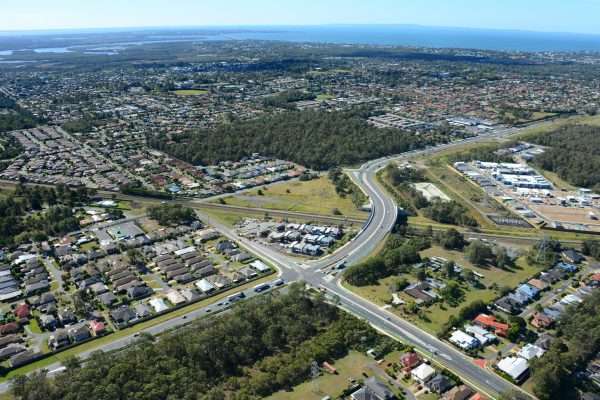 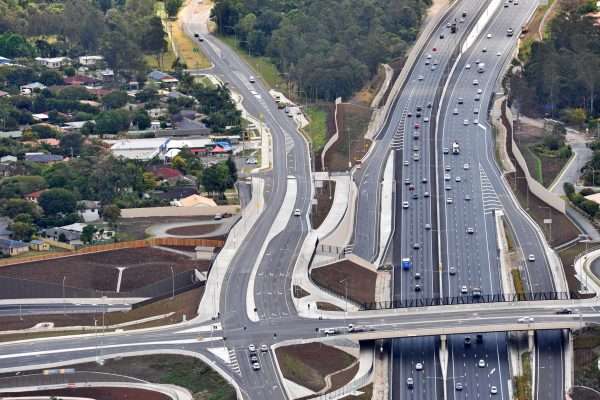 ‘Team M1’, consisting of the Bielby Hull Albem Joint Venture, the Department of Transport and Main Roads and designers GHD and Bonacci Group, worked collaboratively throughout the project duration – delivering excellent value for money outcomes through innovative thinking and technical solutions.  Key work scope associated with the refurbishment of the 3.3km section of the Pacific Motorway from Springwood (south) to Daisy Hill included heavy-duty asphalting, construction of wider road shoulders, safety barriers and installation of improved signage to preserve and maintain the road network for the next 20 years.  The works also included the removal of the existing Loganlea Road Flyover Bridge and replacement with a new 5-lane overpass, which was safely delivered over dense motorway traffic movements (over 140,000 vehicles per day (vpd)) on the Pacific Motorway, and over 20,000 vpd in any one direction on local roads and interchanges.

Other works included upgrading the Loganlea Road interchange with signalised intersections to increase capacity and relieve peak hour congestion; improving the Paradise Road roundabout; increasing capacity on the motorway off and on ramps and the distance between ramps to improve safety and traffic flow; improving public transport for the local community through construction of a new bus stop and Park ‘n’ Ride facilities; constructing an off-road cycle / pedestrian facilities; and increasing overall safety and local access to the motorway for the Logan community.

The key driver throughout project delivery was on maintaining a safe project site for the workforce, local community and travelling public (which included over 140,000 vehicle movements per day, cyclists and pedestrians) with minimal disruption. As such, the team spent extensive time reviewing and planning the traffic flows and modelling data prior to any works commencing on site.

Unsatisfied with the original design, the project team (working closely with TMR) undertook detailed traffic modelling during the competitive tender stage to identify an alternative solution – the Super Traffic Option.

This highly innovative traffic management solution achieved significantly improved functionality and quality outcomes for TMR and the State by eliminating the need for future tunnelling works under the motorway.

This initiative therefore resulted in savings of over $100M in future capital costs, as well as ongoing savings in whole of life / maintenance costs and major benefits for the community, businesses and travelling public through the elimination of these future tunnel works.

Working collaboratively with TMR as ‘Team M1’, the entire project team maintained a strong focus on adding value at every stage of the project delivery process. As a result, a number of further initiatives were identified which provided improved functionality, safety, cost, time and community benefits, including:

Application of the collaborative ‘Team M1’ approach resulted in improved functional scope and a significantly reduced cost for the project. Upon completion, the team delivered exceptional outcomes for its client and the State and received industry commendation by winning the 2013 CCF Earth Award for Project Excellence.

“I drove through the completed project last Sunday for the first time and was most impressed with the quality and finish of the project. I had a former MR DDG with me who also commented on the standard of the finished project. You and your respective teams and the Bielby Hull Albem JV should be very proud of this fine example of fit for purpose cost effective infrastructure.”

Team M1 had numerous challenges along the way. Building a piece of world class infrastructure on one of Queensland’s busiest motorways under moving traffic is by no means an easy feat.  Team M1 worked tirelessly to make this happen and the success of this project can be attributed to the efforts of Team M1’.
Paul Noonan – Regional Director (South Coast) – TMR